No! I am definitely not talking about my start-up agency, nor the growing idea of News-Net. I am talking about my own self. And I think young people ought to be doing the same thing, estimating how much you are worth now and predicting your value in the future.

I was sitting in the midweek staff meeting and we were discussing our P&L statement for the News-Net, a proposed subscription-based center of all news providers. Then the conversation somehow switched to Jerry Seignfield’s net worth. It got me thinking! His is $800 million. His TV show about nothing has earned $2.7 billion in 12 years and could take in $200 million more a year, thanks to the syndication payment. OK, let’s not talk about him buying up New York real estate and having a four-car garage. That was not in the agenda of our meeting!

I then asked the group  "How much do you think you’re worth?“

One creative director, a Parson’s student, told me that she was worth 32K. I then asked her how she measured her net worth. She told me that 32K is the standard salary for an entry-level job in design. I told her that she is worth more than 32K, and I told her not as a friend, but as a person who has hired her out of hundreds of Parson’s students.

A tech-guru of the team announced that he believed he was worth more than 32K but quickly got beaten up when going to job interviews. I was the same as Bill few years ago, when I started to tremble when the HR asked me my expected starting salaries. I started to have the feeling that the company is doing a huge favor and that I would need to elaborate that I would accept any kinds of basic benefits as long as the company accepts my application.

I think there is a big difference between being aware of how much is appropriate for the "starting salaries” and how much we have grown up professionally during these years of education.  5 of us, 2 creative directors, 2 copywriters and I myself were struck that we’ve never thought about how much we are worth, in our own terms, as recent grads. Another astonishing fact was that nobody in our group has a personal vision and mission statement.

It was not a homework, but I suggested the team send each other’s vision and mission statement, and the metrics to approach these statements. Team members can be as biased as they want, as long as they BELIEVE in it now or 5 or 10 years later. 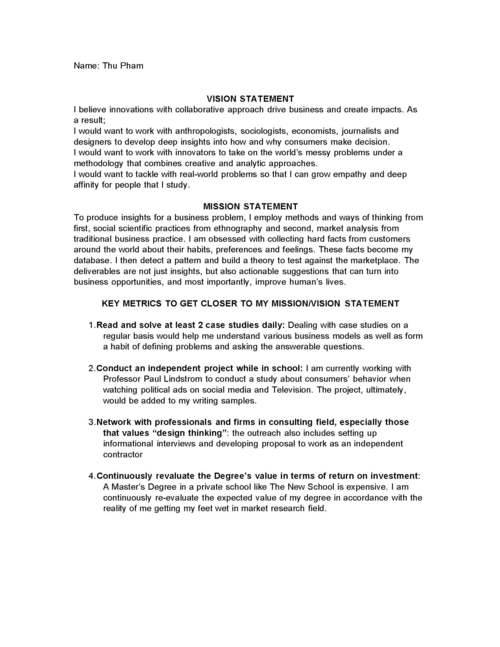